Call to be a Religious Sister, Priest or Brother » Congregation of Notre Dame 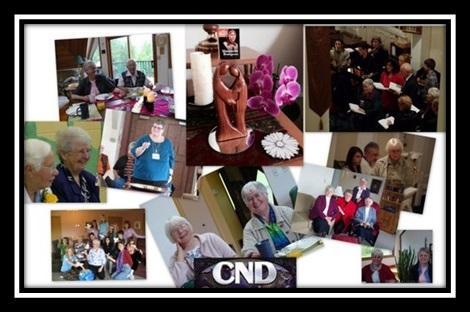 Three Sisters of the Congregation of Notre Dame, Saint Marguerite Bourgeoys’ community, arrived in Nelson Diocese in the fall of 1980.  Invited to Cranbrook to found Marywood Retreat Centre and to do pastoral work in Christ the Servant Parish, they soon found themselves in all parishes of the East Kootenay leading scripture study and adult faith groups, facilitating retreats for all ages and reaching out to the first nations in the area and to those struggling with poverty.  A second community opened in Trail shortly after, as two sisters moved into parish ministry and ministry to the Charismatic groups in the area.  As the years flew by, CND sisters served the parishes in Nelson, Grand Forks, Penticton, Summerland and Kelowna and more recently to serve the pastoral needs of the First Nation Bands in the Okanagan and East Kootenay areas. The sisters’ presence is extended by many laity in our Diocese and around the world who are attracted by their spirit and associate themselves in the ongoing mission of the sisters and the CND community worldwide, throughout North America, Central America, Japan and the Cameroons.
The community’s foundress, Saint Marguerite Bourgeoys, left her native France in 1653 to touch the pages of Canadian history and to leave us a legacy of hope. Her story testifies to the great things God can accomplish in a very ordinary woman who dared to answer his call to a life of loving service. Although 315 years have elapsed since Marguerite's death, her story, inspired by Mary’s journey to visit her cousin Elizabeth and Mary’s presence with the apostles at Pentecost as they awaited the descent of the Holy Spirit, continues to be a model for those whose love leads them to carry Christ to their neighbor.

As a young woman Marguerite volunteered to teach the poor children of her native city, Troyes, France.  Her love for God and neighbour, developed through this ministry, opened her to Paul de Maisonneuve's request for a teacher for the wilderness outpost of Ville-Marie. Marguerite embarked for the new world taking only a small bundle under her arm, convinced that the project was of God and that God would provide for her as she joined in the effort to build a Christian community on the island of Montreal,

The demanding tasks of a strug­gling colony soon challenged her in­genuity. Famine, fire, winter cold, enemy attack and the deaths of many of the children she had come to teach tested her resolve. She remained un­shaken, convinced that the faithful God stood within all events, calling her to make his love visible in her response. She continued to hope in the face of all setbacks, her lips pro­claiming Mary's Magnificat in times of joy and sorrow alike.

Marguerite's way was simple and ordinary. She stood in solidarity with her pioneer neighbors, sharing their hardships and seeking neither pri­vilege nor special status. All experi­enced her generosity and hospitality. She taught gratis and allowed her home to become the gathering place for the young mothers who leaned on her for support and advice. The youthful King's Wards found a home with her and were helped to adjust to life and needs in Canada’s wilderness. Even her own blanket and mattress were given to those in need. As she shared all she had received, she found herself joyfully embracing a poverty ordered to service, a poverty in which she discovered her identity with the poor Jesus, it was this spirit of poverty ordered to loving service that she impressed upon her companions, the future sisters of the Congregation de Notre-Dame and on those who associated with her in ministry..

The needs of the world in which Saint Marguerite moved determined the substance of her mission. Marguerite trusted in a loving God and sought God in all events, responding to God’s presence in bold, flexible action. She challenges us to listen to our own world, to face its needs with ingenuity and courage, to stand in solidarity with the poor, making this world more bearable for them and striving to build the Christian community into its fullness with them. She challenges us, and the men and women who choose to be associates with us, to love as Mary did, to live a life of discipleship, venturing love, trusting in the God of love and proclaiming love's presence to a needy world.

Marguerite is the first Canadian woman to be given the honour of sainthood. As we celebrate her life, may we take to heart her way and continue to respond to her invitation to be transformed  by love into loving bearers of the Incarnate Word. May her little way, her simple way, her poor way, also be our way so that we too may hear the words.

“Blessed is she who believed that the promise made her by the Lord would be fulfilled.” (Lk. 1:45).

CND Sisters Who Served in the Diocese of Nelson 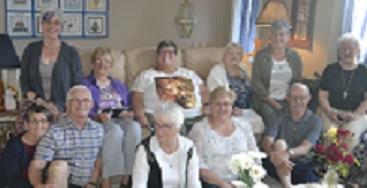 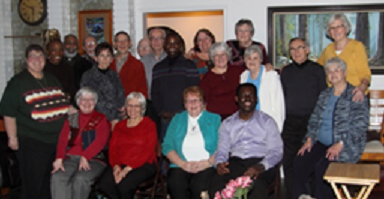 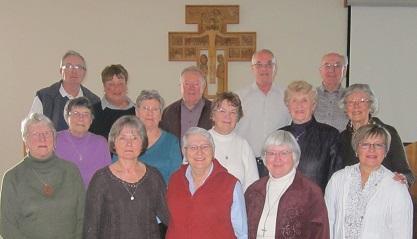